Spirit of the Knight 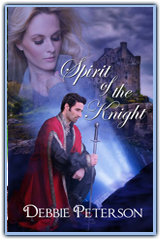 She fell deeply in love with him in the early days of her childhood. And in return, she captured his heart the moment he first cast gaze his gaze upon her…

Renowned artist Mariah Jennings, hired to paint a thirteenth century Scottish castle, gets the shock of her life when she encounters the handsome knight who has dominated a lifetime of portraits and sketchbooks. But Sir Cailen Braithnoch is no ordinary ghost, nor did he suffer an ordinary death. Magic of the blackest kind cast a pall over the knights centuries ago.

As the ghost and his lady seek to unravel the paradox surrounding his death, black arts, otherworldly forces, and a jealous rival conspire against them.

Will fate keep them apart, or is their love destined to last through the ages? 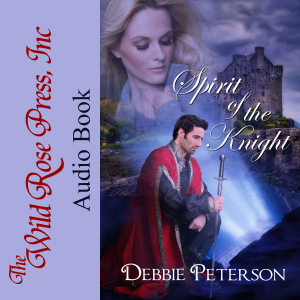